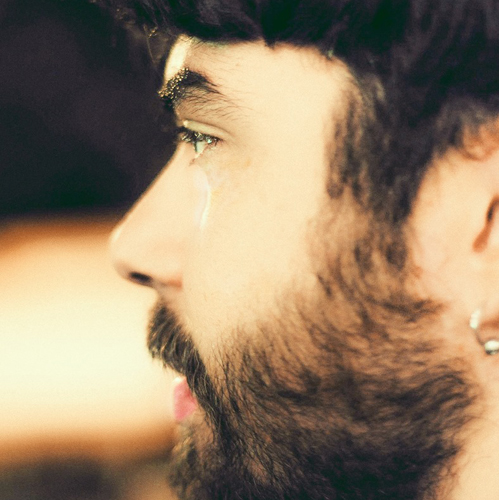 
Graphic Design
Roxanne is a Swiss Graphic Designer with whom I share a life, a house, plans, and a heart. In 2016 we started a collective to work together on personal and professional projects, ideas and skills.

Development and Design
Wies is a Belgian Graphic Designer and multi-disciplinary Coder. We have a skill-sharing partnership for projects we see each other fitting.

Web Development and Marketing
Gabriel is a Brazilian Graphic Designer and Marketing Genius, who occasionally shares his coding and concept-creation expertiese in projects with me.


I'm mostly invited for projects that embrace a personal style I developed through the years. This personal style generally comes through colours, images and typography use on the designs, designs that often contain collage artworks I produce.

I have a bigger inclination, but not a limitation, to projects regarding cultural and social areas, gender and sexuality topics, and general creative artistic fields.


is the name I give to my freelance Art and Graphic Design work.
I'm a Brazilian Graphic Designer working as a freelancer since 2011, graduated in Universities from Brazil and England, and currently based in Berlin - DE.

I still engage in processes of daily learning and development, through workshops, online courses, personal research and practice, and maintain a professional network of clients in Germany, England, Belgium, Switzerland, Spain, and Brazil, coming from a variety of sectors, including Fashion, Music, Theatre Performances, LGBTQ+ Community and more.


I’ve studied Graphic Design at FUMEC University in Belo Horizonte - Brazil, and at UCK London College - UK. I’ve had a couple of internships during my studies, first at Maison Arts School in Belo Horizonte, and later at Inspiring Interns in London.
In London I’ve also worked as a web designer for Internet Dreams Studio, for Braziliarty, a social enterprise committed in promoting Brazilian culture in the UK, and later as an Art Director again for Inspiring Interns, in charge of their branding, visual communication and of generating creative ideas to develop their image in the market.

At the end of 2011 I started working as a freelancer and built a client network from various places in Europe and Brazil.

Today I live in Berlin - Germany, and keep developing my clientele in the city and around Europe, and investing further efforts into producing outstanding design projects and collage artworks.
I am at regular disposal for new collaborations and open for meetings in person within Europe. Contact details below.

In 2011 I started to promote and engage my collage artworks further, what rewarded me personal and collective exhibitions in London and Berlin: